What is the MoSCoW Retrospective?

Our actions should express our priorities, and MoSCoW is a great sprint retrospective template to help teams identify those priorities to ensure they continue to deliver value where it is most needed.

With that in mind, it’s an approach that aligns well to Agile processes and frameworks given its focus on delivery of valuable things first.

It is also a great Scrum sprint retrospective idea as it offers the product owner a mechanism to step into the shoes of their customer and view the product from their perspective.

The MoSCoW template is incredibly powerful when used well. It is a particularly useful tool to maintain focus on priorities for projects with a large number of feature requests and competing stakeholders. It is also a great way to ensure any personal bias of the project team does not distort project priorities.

Despite what its name may suggest, the MoSCoW method doesn’t come from Russia, it’s an acronym (well, sort of) that echoes the four categories of the template.

Must (Mo)
These elements are critical or core to delivery or release or are a requirement as needed by law or project delivery requirements.

Should (S)
These elements are important but not critical for the release nor are they time-sensitive. They may be requests that have come from users but are not show stoppers and can be seen as nice to have items – think low cost value adds.

Could (Co)
These would be great to have, but the release could be fulfilled without them. They may be future iteration ideas, potential growth or product differentiators and something that could happen in the future.

Won’t (W)
These are elements that the team will not do and is specifically out of scope. For example, they may choose not to support an operating system, or that a product direction is specifically excluded.

Invite your team to rehearse the retro referencing a decision they make regularly.

For example, what item in your current shopping list must, should, could, or wouldn’t you buy?

Ideas and tips for your MoSCoW retrospectives

The MoSCoW method can be applied in parallel with a number of mechanisms for positive effect.

How to run a MoSCoW Retrospective in TeamRetro 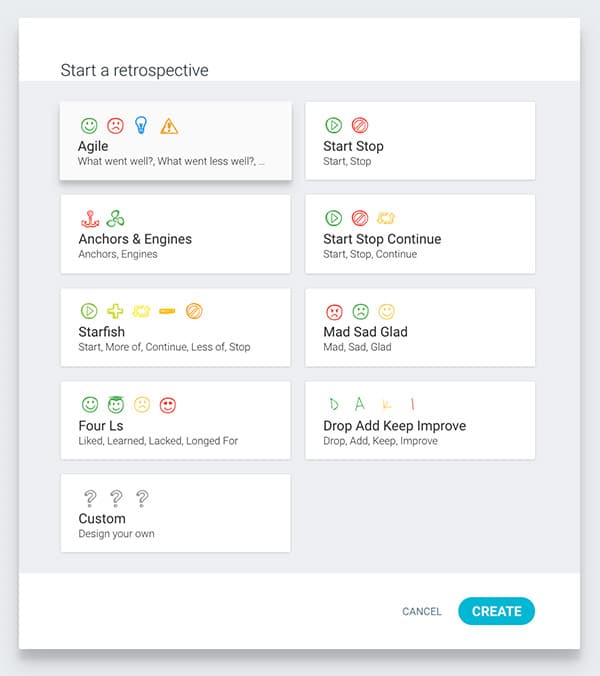 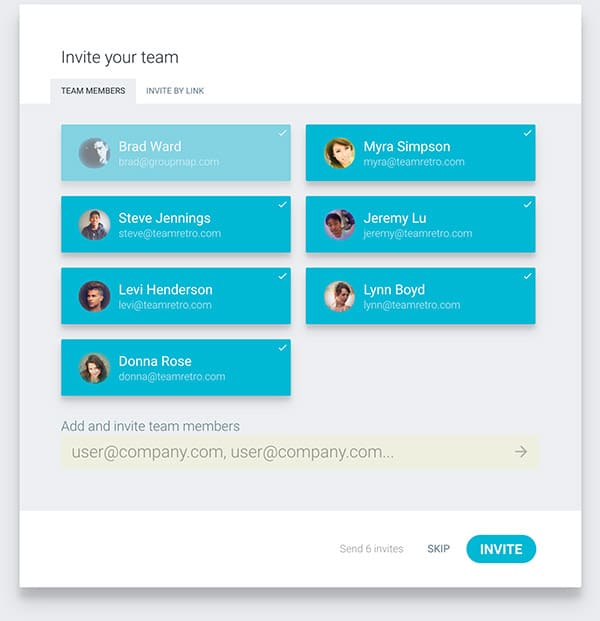 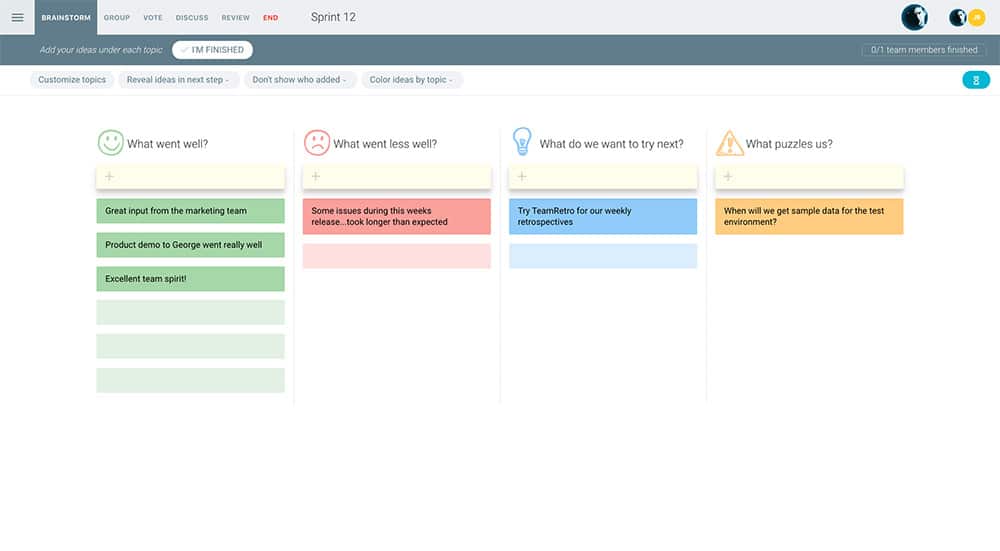 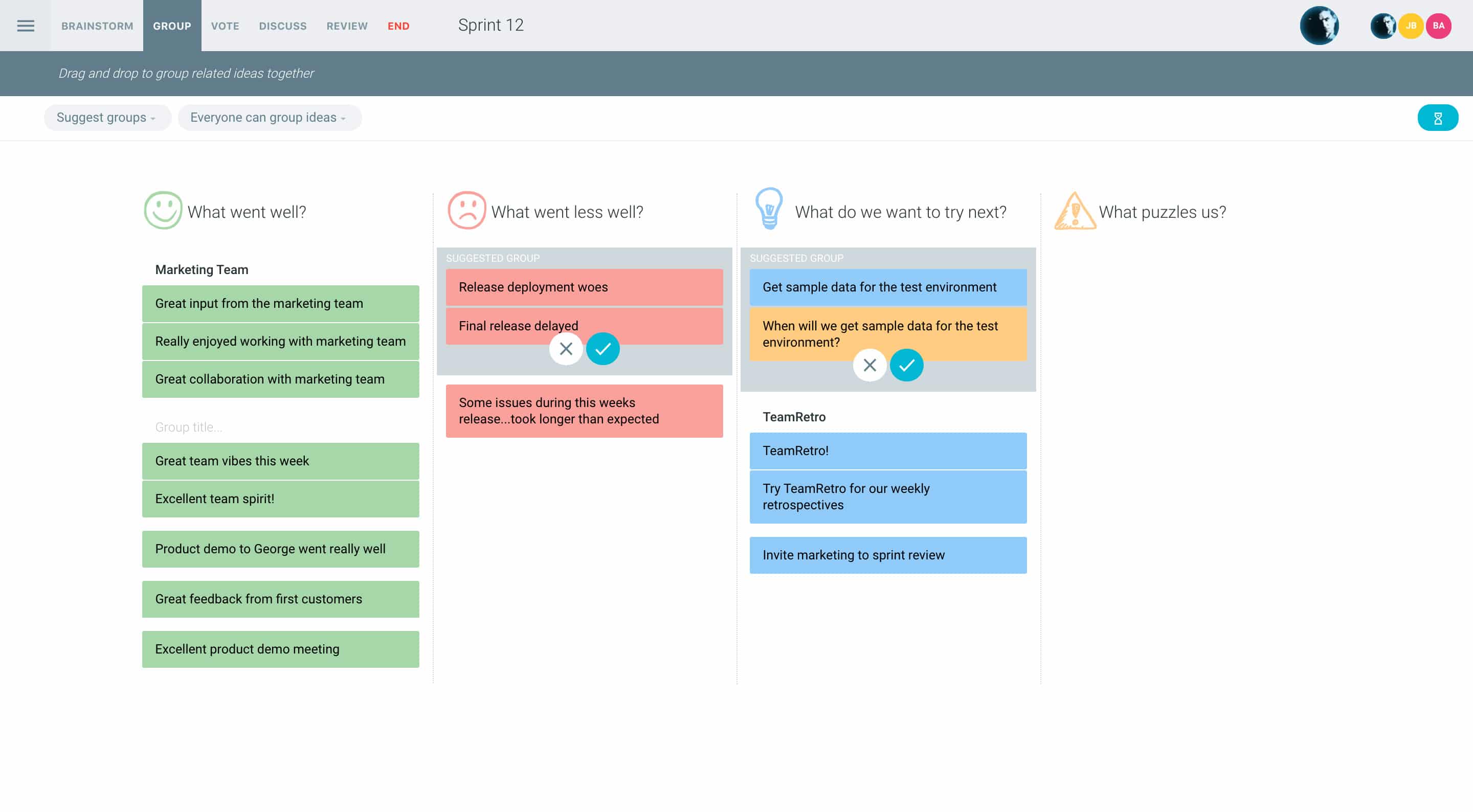 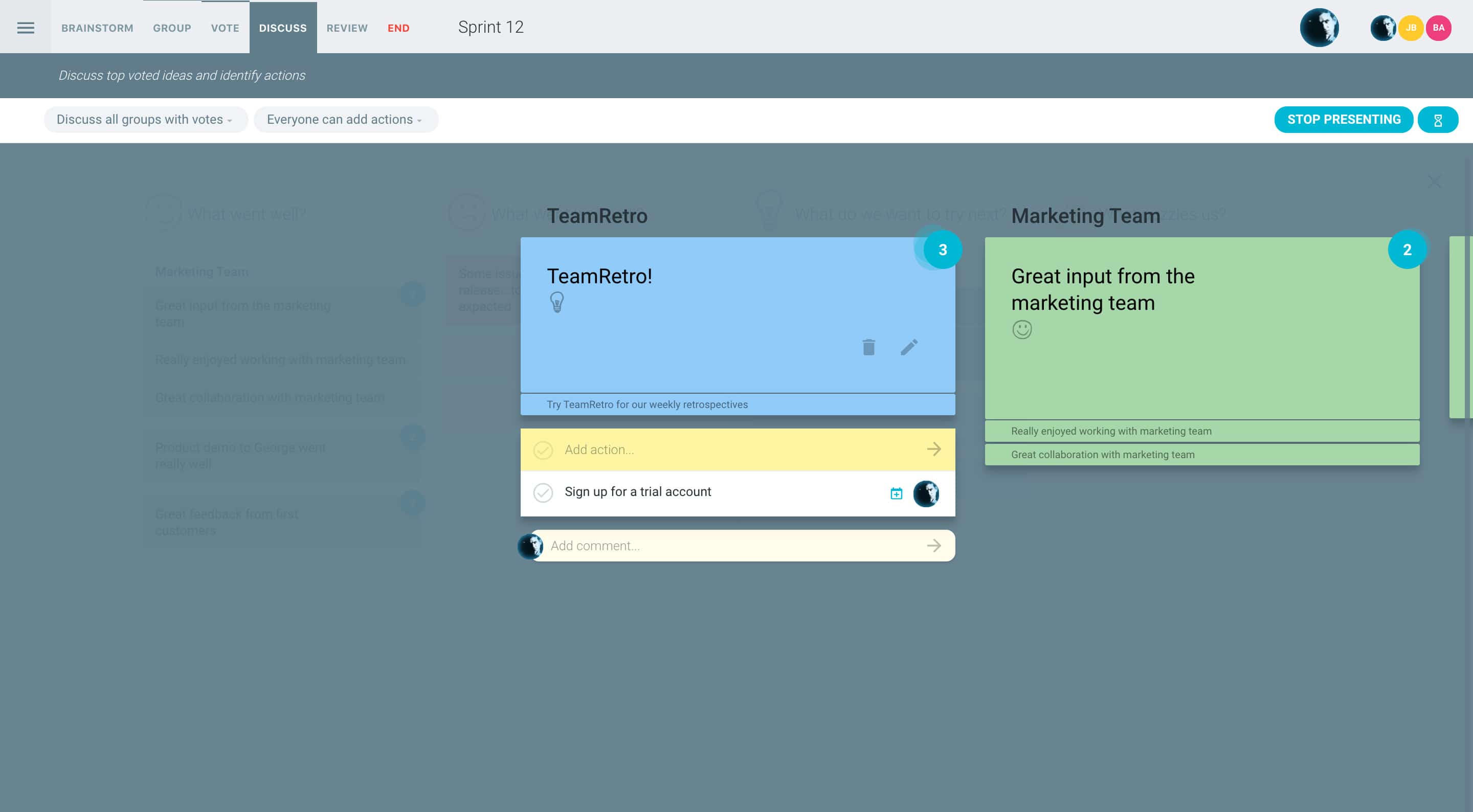 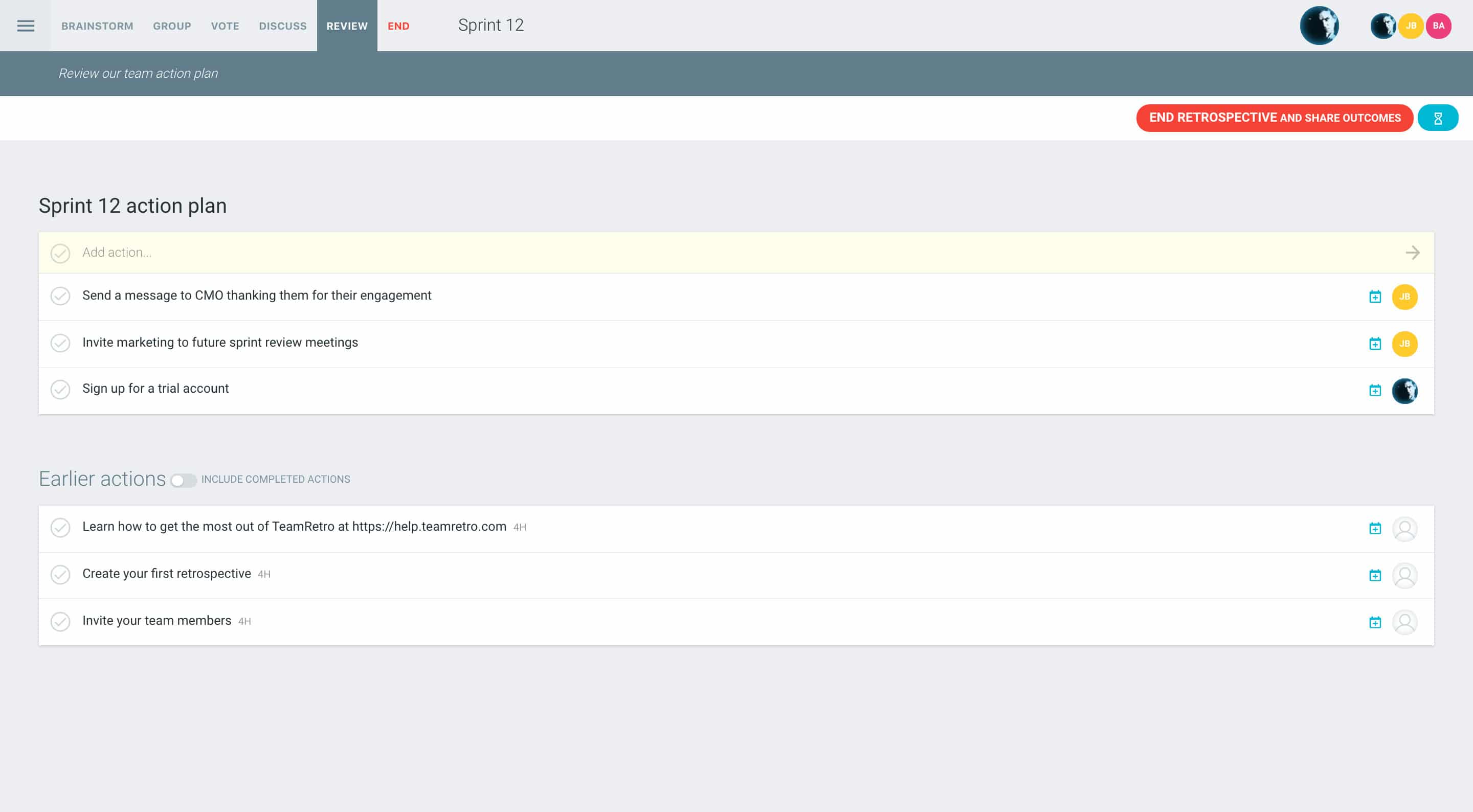 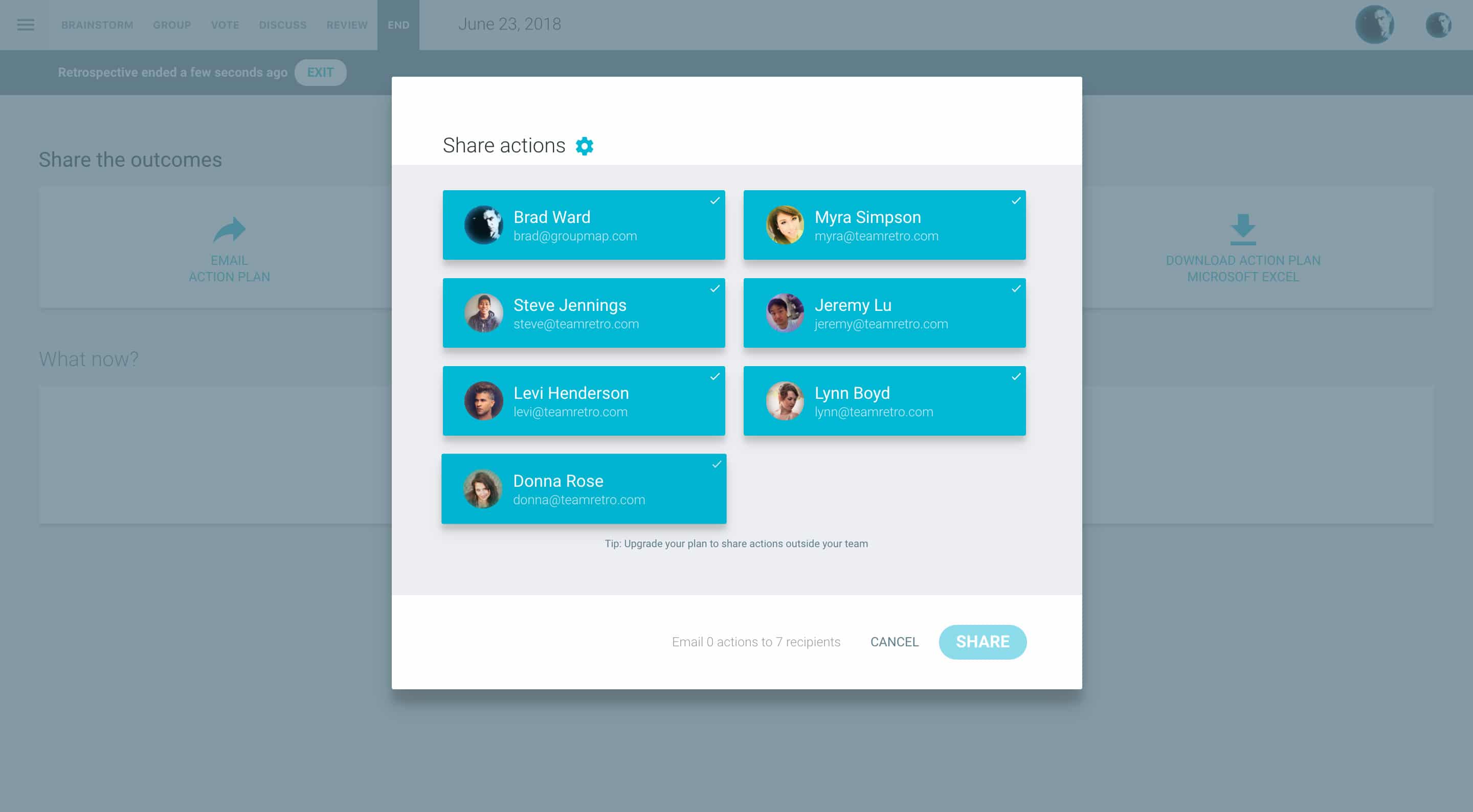 Congratulations! You’ve just run a retro like a boss.
Want more? Read on.
Try a live demo with our fun bots
Start your own retrospective now
Have a comment, suggestion or question? We’d love to hear from you.